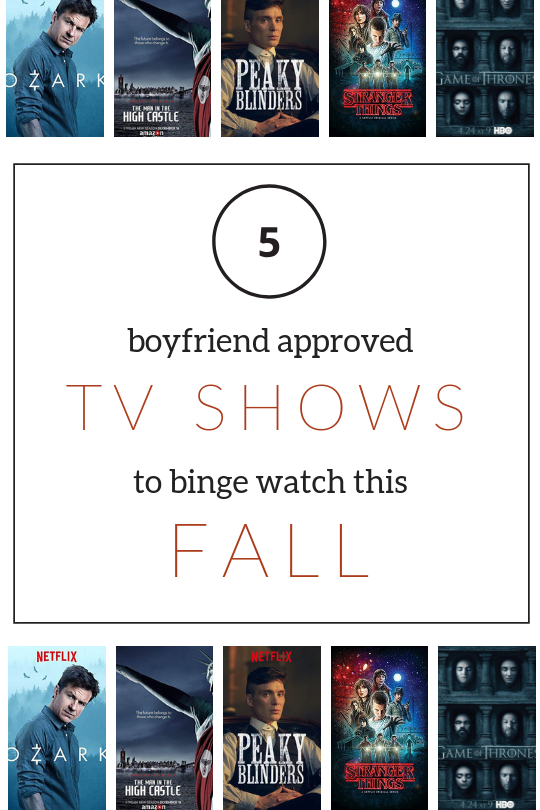 Let’s face it. Not all shows are created equal – and they aren’t supposed to be! Comedy. Mystery. Sports. Talk. Sci-Fi. Musical. Romantic. There’s many genres to choose from that don’t always suit both genders. While there have been a few arguments and fist fights over the remote in our household (Nick usually for football or UFC and me anything on Food Network and HGTV), we’ve found a way to compromise and keep the peace in our family room.

Ever since we started dating, Nick and I always tried to find one show that we both wanted to watch. When we lived separately, we always found time during the week or weekend to have a tv show date night where we binge watched a few episode. The only rule was we have to watch the show together. No skipping ahead allowed and no looking up spoilers. As time has passed, we’ve come to learn what we like, don’t like, and how to find that perfect balance between masculine and feminine.

Here are our favorite couples TV shows to binge watch, four of which are available on Amazon Prime and Netflix.  Don’t worry, there’s no spoilers!